Whilst in Washington DC, boyfriend suggested we ‘pop’ across to the Smithsonian Air and Space Museum in Virginia.  ‘Popping’ turned out to be about an hour on a train and 30 mins on a bus but anyway…

There is already a Smithsonian Air and Space Museum in Washington DC which is also worth a visit.  But they had so many flying machines they to build another one, and the Washington Mall was getting a little crowded.  Anyway, the Udvar-Hazy centre is basically in the middle of nowhere next to the Dulles airport.  Since it was a 3hr round trip we didn’t actually have much time to spend in the museum.  There is a lot to see, mainly planes in two large aircraft hangars.  There is also an IMAX theatre and an observation tower. We didn’t do either of those, so I can’t report back.  We did peak into the Restoration Hangar where they do restoration one I assume, although no one was working in there at that moment. 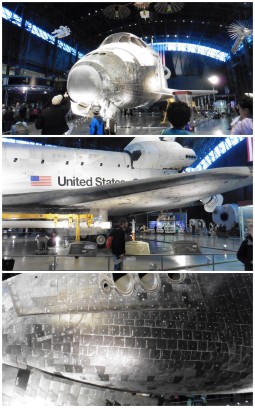 I had some issues with the white washing of any negative elements of aviation.  Each plane had a little plaque usually with minimal information, but some gave a little more of the history.  None of them really suggested anything bad had ever happened.  Included the Enola Gay from which the an Atomic Bomb was dropped on Hiroshima, killing about 70,000-80,000 people.

One of the main reasons that we went there was to see the Space Shuttle, Discovery. According to boyfriend, who knows these things, there was a controversial launch when the government put too much pressure on them to launch before they were ready. 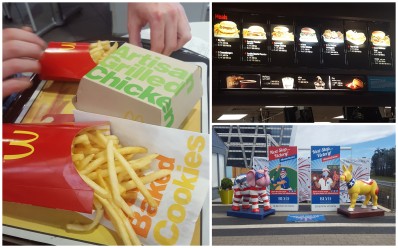 My major annoyance was the lack of places to eat.  The only place in the Museum was a McDonald’s, which did not have any vegetarian options!  Or any options for any other special diet.  So I ate fries and a cookie and felt sick.  You are not allowed to take food inside (not at all, so you would have to eat it before you go in).  If you drive there I guess you can drive somewhere to buy food but that breaks up the visit. 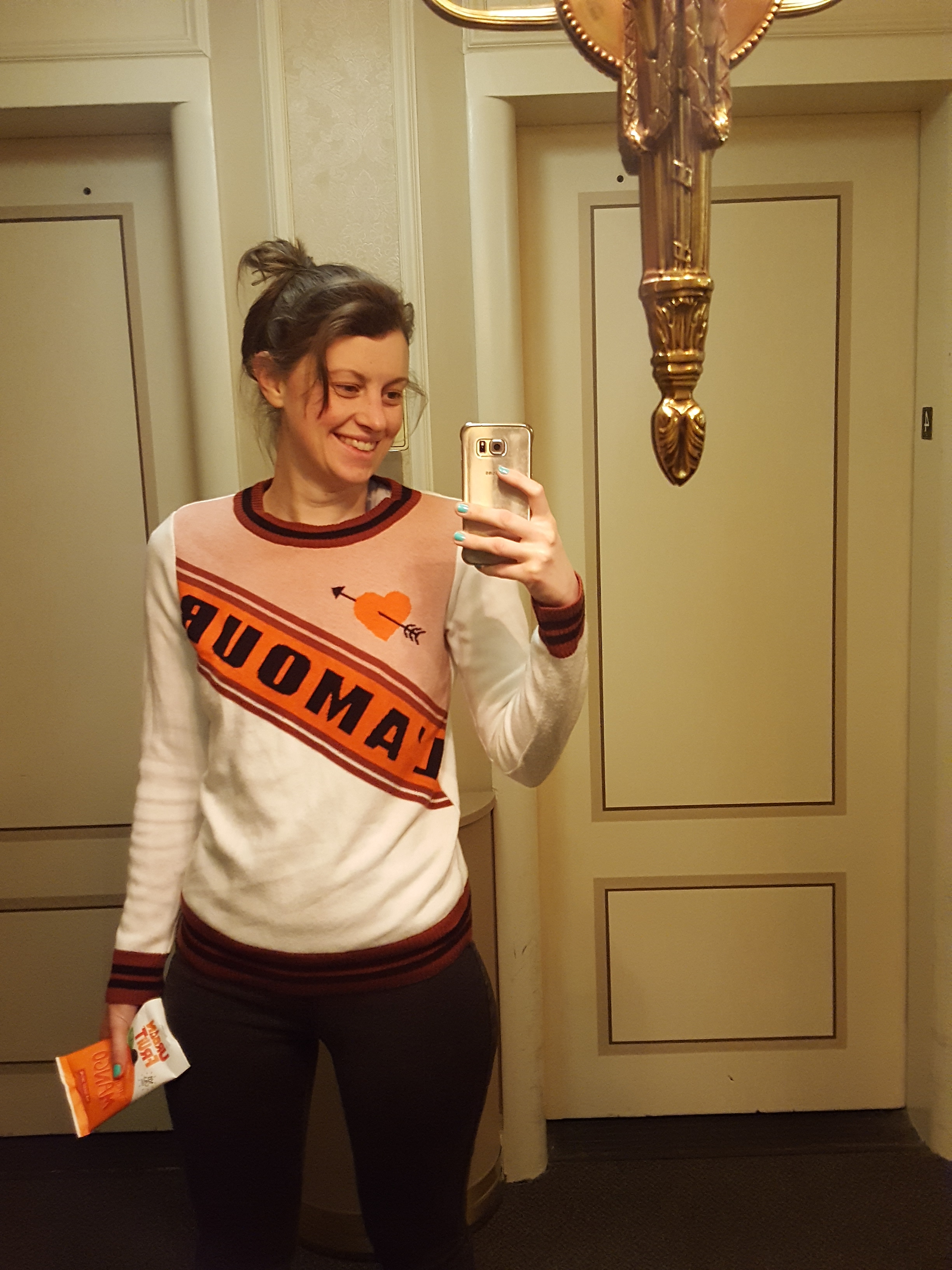