This vegetarian cafe in Leeds has annoying opening times; Mon-Fri 10-5 and Sat 10-6 making dinner trips there pretty impossible.  In December they are opening on Sundays and after a lazy morning boyfriend suggested we stroll down there.

It’s above a crystal shop which makes boyfriend very angry.  And has placemats which say ‘Dance like noone is watching’, which is my most hated saying.

Anyway, we took a sit and we were handed the Sunday special menu and the regular menu but the waiter didn’t tell us that we could only order from the Sunday menu and he just gave us the main menu for the drinks.  The Apple Love Mint tea was delicious. 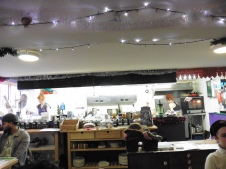 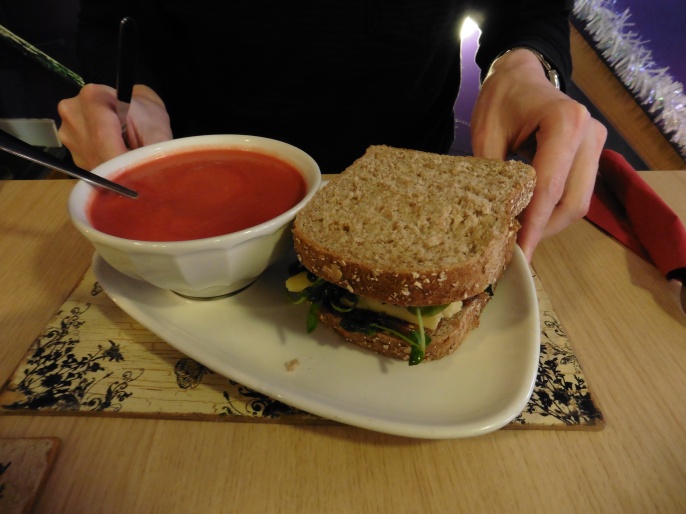 I got the Rainbow Roast which was essentially vegan cauliflower cheese with veg.  The veg was good but I still can’t get along with vegan cheese.  Poor boyfriend though couldn’t order his first choice from the regular menu, and then couldn’t order either main from the Sunday menu as they had nuts in.  Strangely given that the cafe is desgined to cater to dietary requirements they didn’t label the nutty items on the menu we had to ask the waiter (who wasn’t super interested in our life-threatening allergy tbh).  So boyfriend got a cheese sandwich and the Thai soup (he got the soup because I told him to and he said it was the best part).

I’d go back again, not sure boyfriend will!